After loading up on cheese, the next stop on our tour was at  Villa San Donnino to check out a small Acetaia – an independent balsamic vinegar operation. Villa San Donnino is a beautiful old countryside mansion that was seen in the Bernardo Bertolucci film 1900 staring Robert De Niro and Gerard Depardieu. 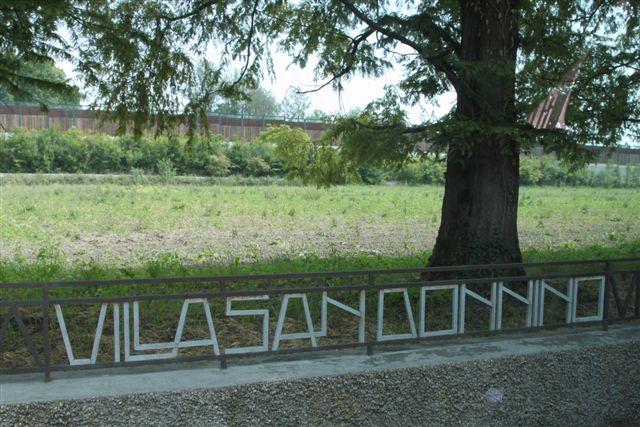 After driving through the gates to property, we are lead to an outbuilding and up a set of stairs. As we reach the second floor you can start to smell sweet acidity in the air. When we enter the loft we find rows of traditional vinegar barrels. Each row of barrels, known as a battery, consisted of 6 barrels of decreasing size and made of different types of wood. 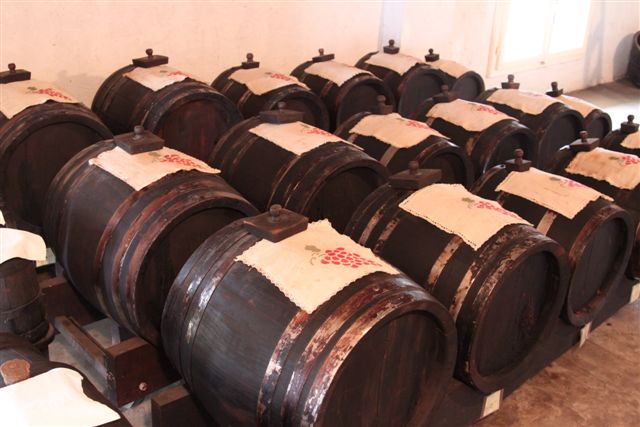 Traditional Balsamic Vinegar of Modena is not a wine byproduct, but rather a very slowly and meticulously aged and thickened grape juice. The juice of local grapes is boiled and reduced into syrup. When the battery is first set-up, must is added to each barrel in the row. Due to natural evaporation, the barrels are topped up each year by taking juice from the previous barrel in the series  – so the smallest barrel is topped up with the vinegar from the next larger barrel and that barrel is toppped up with juice from the barrel before it and so on until finally the largest barrel is topped up with freshly reduced grape syrup. After 12 years the vinegar can officially be marked as Aceto Balsamico Tradizionale di Modena and the producer can begin to remove 20-30% of the vinegar from the smallest barrel for personal or commercial use. They then continue the topping-up process to replenish the supply. 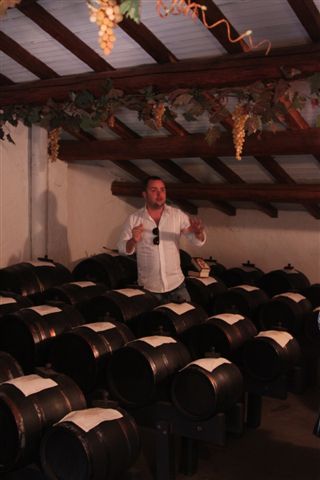 Vinegar that has gone through the 12 year process can be sold as affinato. After 25 years it can be marked as extravecchio. Note the vinegar is marked with these terms rather than with a specific age due to the topping-up process. While a 25 year old extravecchio contains some newer vinegar, it does have at least some 25 year old product. We raised this issue with Alessandro, and he responded by leading us to the tasting room where we quickly dropped the issue.

Once back downstairs we were offered samples of an affinato, an extravecchio, and a 120 year extravecchio– yes 120 years. The flavor of each vinegar was very distinct and absolutely nothing like supermarket balsamic vinegars which are typically just wine vinegars with caramel and other flavorings added in. The acidity in the Tradizionale was much more subtle than in supermarket vinegars, and the grape and caramel flavors play a much larger role. As expected, the older vinegar was thicker than the younger ones; however, they were also less sweet with a mellower but richer flavor. 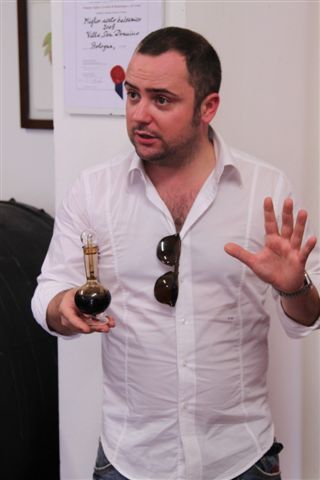 We ended up buying a bottle of affinato and extravecchio and I am now fully addicted to this stuff. I will now start asking friends who travel to Italy to start bringing this stuff home for me! While at the tasting, we were also offered a walnut liqueur called Nocino. It has a very similar flavor profile to the vinegar, but with serious kick to it.

After the tasting we were then given a tour of the villa, including a viewing of some scenes from the movie 1900. It was very cool to watch bits of the movie while in the actual room that they filmed in. 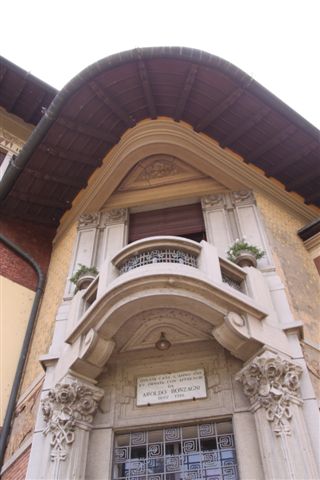 Now with nicely cleansed palates, it was time for lunch. Next up would be a visit to a winery for a huge outdoor Italian lunch.