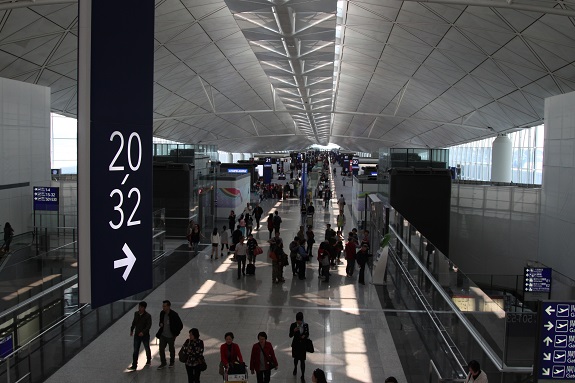 I’ve been lucky enough to travel through Hong Kong International Airport a few times in the last 5 years. When arriving in Hong Kong the customs area can fill up if a lot of flights are coming in but they always seem to have plenty of officers there to process everyone quickly.

Secrets, Tips, and Tricks: Even if only one member of your family has a Hong Kong Resident ID card all of you can use the resident lines at customs.

Once through customs, the baggage area is spacious with plenty of carts. On my last flight someone in a uniform came up to us with a cart. I thought he was a porter and told him no thanks. He looked confused and I realized he was just an airport employee trying to be helpful.  Either way, now that the kids are old enough insist on pulling their own suitcases we rarely actually use the carts. After picking up the bags you can walk through the Nothing to Declare area (if you have nothing to declare) and get into the arrivals area. Like at YVR, coming out of the arrivals gate feels like going down a red carpet as you walk past a long section of families, friends, and greeters.

When coming back to the airport the drop off area for cars and taxis is never crowded, thanks to the handy rail line that connects the airport to Hong Kong’s Central business district. The MTR Airport Express takes just 24 minutes from the heart of Hong Kong’s Central financial district and many airlines even offer In-Town Check-in from downtown. Upon entering the airport you are greeted by a replica of the first airplane to fly in Hong Kong, a 1910 Farman Biplane [www.airliners.net], which is often mistaken as a replica of the Wright Flyer. All of the arrival airline check-in desks funnel you in towards a single security checkpoint which then leads you into a final customs documentation checkpoint. Coming out of customs puts you into the main terminals where the shopping and dining options are award winning. In addition to the usual books, bars, duty free, and small electronics stores that you’ll find at all international airports, HKG has many high end designer labels available for all of your (window) shopping needs.

Most of the dining options are clumped together with a bunch of central counter service offerings surrounded by some pricier sit down places. On our last trip it was fairly busy so we ate at the Cafe Deco, which is an airport version of one of the touristy restaurants at the top of Victoria Peak. The food there was decent but a little pricey, which meant that they had available tables at lunch time. The Hong Kong style iced lemon tea was somewhat disappointing so I had to grab a good one at the Tsui Wah Eatery counter. While we were eating lunch this A380 pulled up behind us, letting me geek out a little. It’s pretty amazing to think that each wing on the A380 is about the same length as an A320! After lunch we headed over to our gate where, as always, there was plenty of seating. The high ceilings really make the airport feel wide open and airy plus you always get a great view of the tarmac traffic. 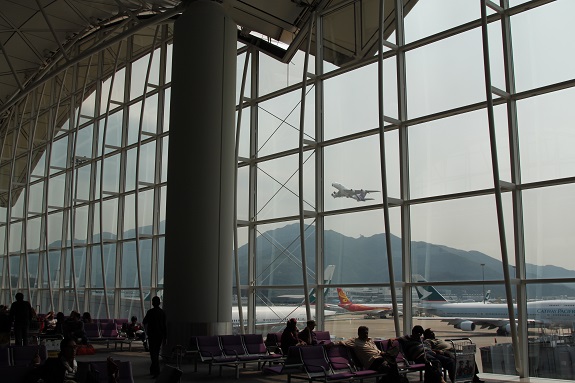 Between Hong Kong International Airport, Vancouver International Airport (YVR), and London Heathrow (LHR) I count myself very lucky to have gone through some of the best airports in the world over the last few years. Then again, I had to fly through LAX a couple of years ago so things balance out. 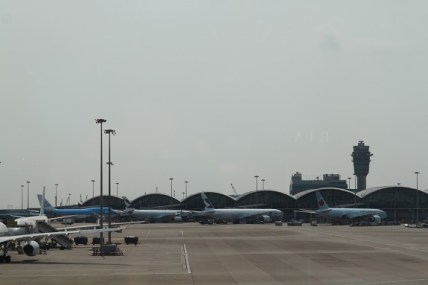 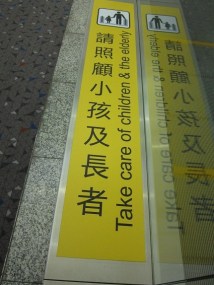 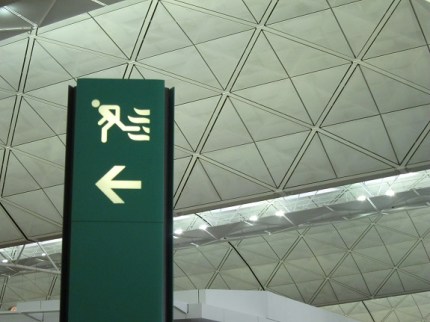 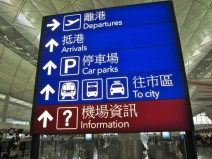 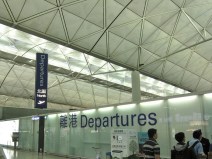