I was very happy to see that Gourmet Chick kindly submitted a few Marylebone suggestions for my London Foodie 5 [averagetraveller.com]. One of her suggestions, The Providores, was around the corner from our hotel so we knew that we would be checking it out and it didn’t disappoint. Even though we only had 7 days in London, being so good and so close we ate there 3 times! It also helped that they served a great Flat White using Monmouth roasted coffee [averagetraveller.com]! On our first morning there I had to check out their Roast Stornoway Black Pudding fry up. Having heard that there can be a lineup, we arrived right at opening. My first black pudding was delicious, although a little less bloody than I had imagined it would be. It was a little like a darker, spicier, stronger version of haggis. The roasted tomatoes and green apple were great, but just like everywhere else I had them in London, the eggs were cooked a little too hot. 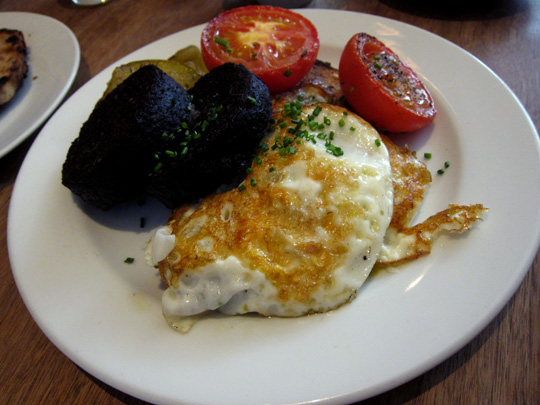 Some of our friends arrived in London on the morning of our second day so we took them back to The Providores for coffee right after they dropped off their bags. Arriving at 10:30am on a Friday the room was nearly full so we ate at the long communal table running down the middle of the room. In addition to another flat white I also tried the veggie fry up with mushrooms and tomato. I opted for poached eggs this time which were done perfectly! 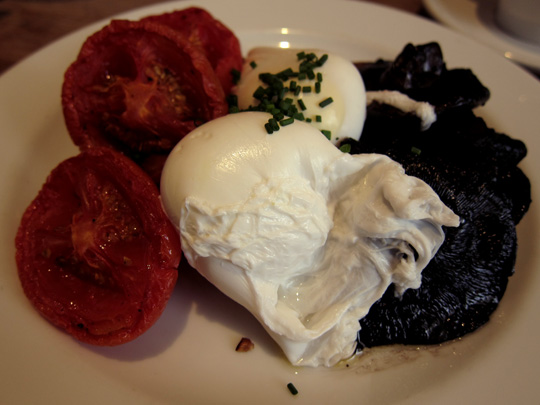 Our third visit was on a Monday morning when we decided to have a full feast. We had a fruit bowl featuring stone fruit, bacon covered french toast stuffed with banana and pecans, grilled chorizo with sweet potato and miso hash and Mrs A|T’s favorite breakfast dish: Kikones (basically corn nuts). 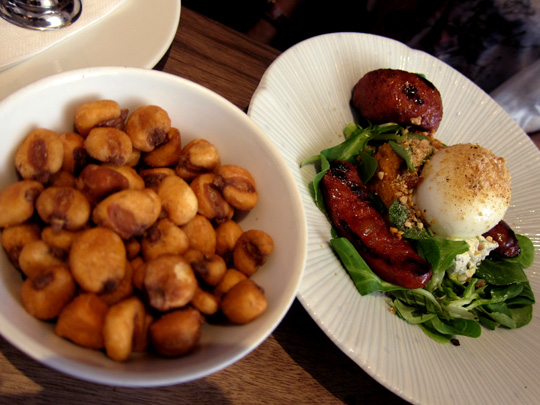 Being located in a slightly posh part of town, breakfast wasn’t exactly cheap [www.theprovidores.co.uk] with dishes ranging from £6-11, but other places nearby seemed to charge the same prices for much more basic fare. While the Tapa Room (where they serve breakfast) did get a little crowded by mid-morning, the service was fast and friendly. If I’m staying in Marylebone the next time that I’m in London (or if Mrs A|T decides to hit Oxford street in the morning) I will absolutely return for breakfast. I might even try them out for dinner as well! 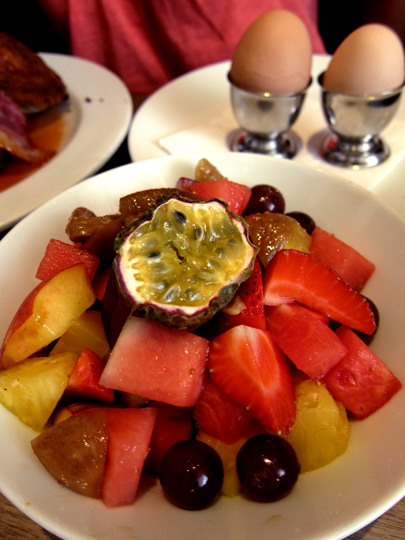 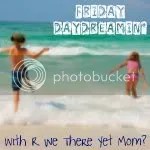 8 thoughts on “Breakfast at The Providores in Marylebone London”