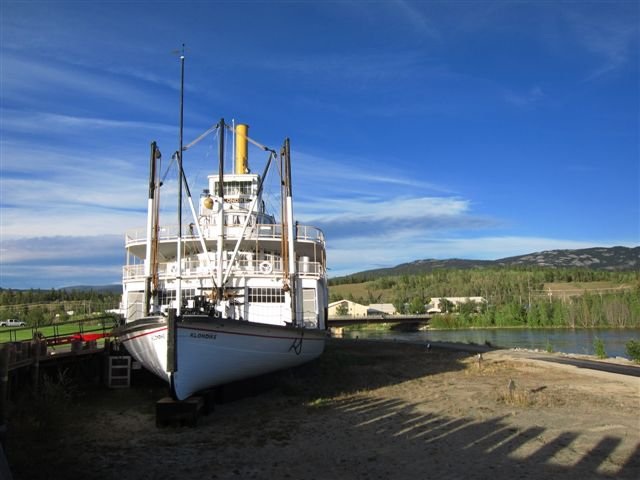 Budget Travellers Sandbox is doing a Travel Photo Thursday that looks like fun. The basic idea is that various blogs post travel photos and everyone gets a look see.

The picture that I chose for this week is the SS Klondike II up in Whitehorse, Yukon Territories, Canada.  The original Klondike was built in 1921 and ran aground in 1936. Most of it was salvaged and rebuilt into the Klondike II in 1937.  It is now a National Historic Site of Canada.

I took this shot in August of 2010. I kind of like how the sky looks ocean-like while the ship sits on the river bank.