The Vancouver 2010 games were one of key the drivers for me to start Average Traveller in January 2010. The only problem is that I didn’t really get into the flow of blogging a lot during the games themselves. One thing that I did do to was to push a bunch of pictures onto Facebook in real-time as I made my way to the opening ceremonies.

As tomorrow is the 1 year anniversary of the Opening Ceremonies for the Vancouver 2010 Winter Olympics, I thought that I would publish my Facebook mobile photostream here. At the time I was still rocking my Palm Treo Pro with the 2.0 megapixel camera so the picture quality isn’t great, but I’d say the shots are still worth at least 100 words.  Over the next few days I’ll post more and better pictures of the Olympic games that I took with my real camera. 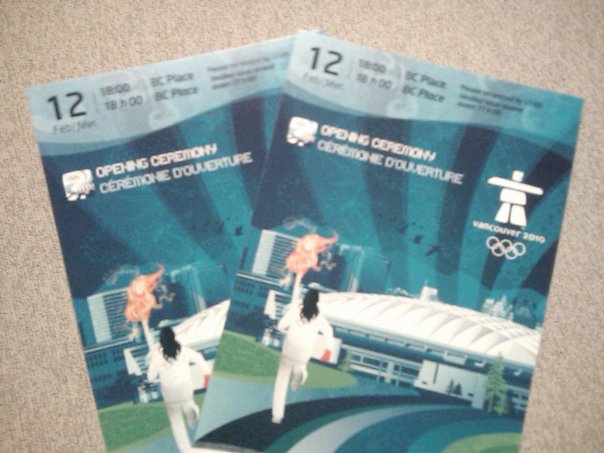 Two tickets to the opening ceremonies. These babies cost $500 each, but it was a once in a lifetime opportunity. I had to specially apply for a Visa card to enter the ticket draw and I submitted requests for almost $20k in tickets. Luckily, as expected, I only got a few of my requests, but still ended up with $8000 in tickets. I sold about half of them to friends at cost. 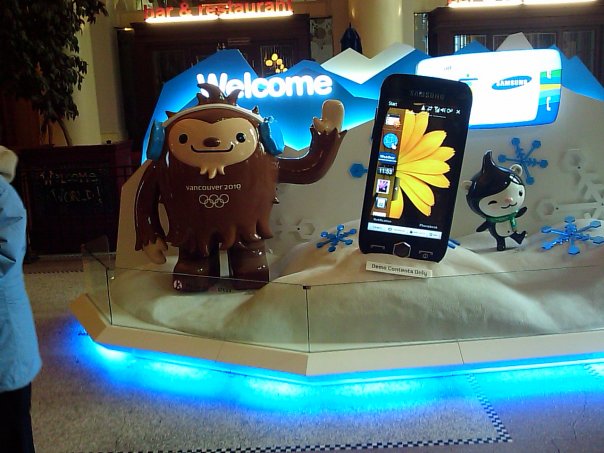 Samsung was a major sponsor and had this nice display with mascots Quatchi and Sumi greeting people as they arrived at Waterfront Station. One of the most popular pavilions at the games was the Royal Canadian Mint. You had the opportunity to touch some sample Olympic Medals, hold a real gold bar, and see a million dollar gold coin. The line-up to touch the Olympic medals was about 45 minutes that day so we decided to come back another time when the crowds thinned out. That was a big mistake as the line-ups were consistently well over 2 hours for the rest of the games. 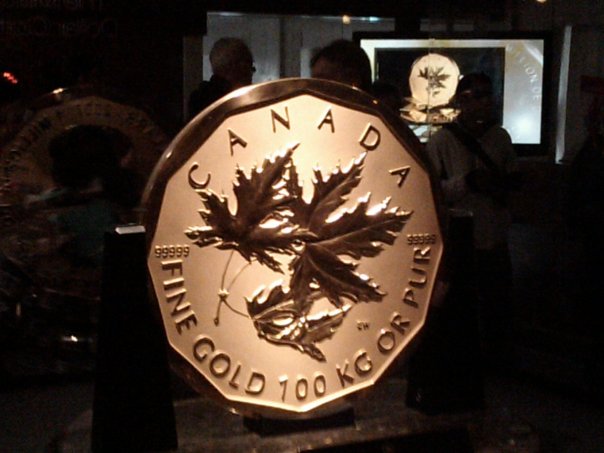 100kg of pure gold.  It’s called a million dollar coin because that’s the denomination printed on it (other side) but based on today’s price of gold this thing is worth CAD$4,303,200 in melt-down value alone. This is a fuzzy view of Davie and Pacific streets in Yaletown as the Olympic Torch crossed False Creek on its way towards the opening ceremonies. Coke has been a long time sponsor of the Olympic Games and the pavilion housed memorabilia from a lot of the games, including many of the torches on display. The lineup to get into BC Place for the opening ceremonies was very well organized. They warned people to get there 3 hours early to clear security. We made it through in about an hour and had some time to kill. This is what BC Place looked like from the outside just before the Opening Ceremonies. They had a lot of security tents. 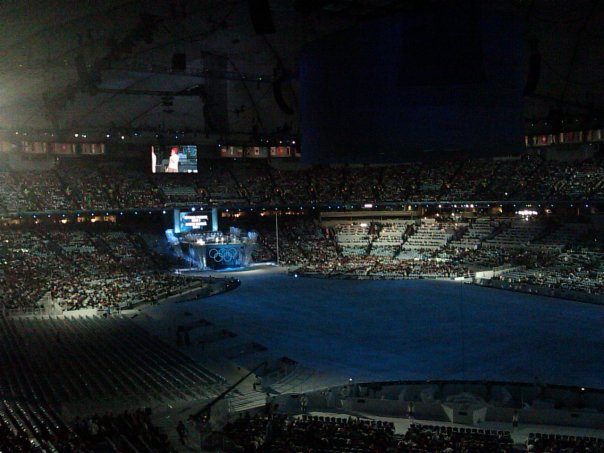 While waiting for the show to start they kept us entertained and trained us on how to play our part in the opening ceremonies. We were given pale blue smocks to wear so they could project images on the crowd, and we got various lights to hold up and wave when instructed. Most people messed up the choreography. 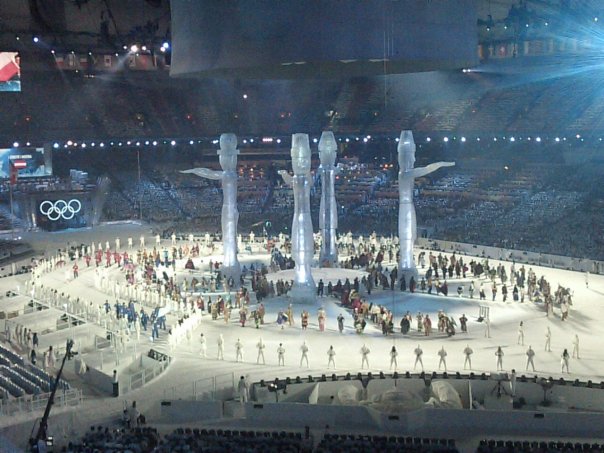 First Nations representation was key for the games, and the native peoples of British Columbia and Canada were given the opportunity to welcome the world.