I very recently picked up the new Capture Camera Clip system [peakdesignltd.com] which allows me to quickly latch my camera onto a mount attached to my backpack or belt. With this system I think I’ve finally found my ideal set-up for walk around photography. 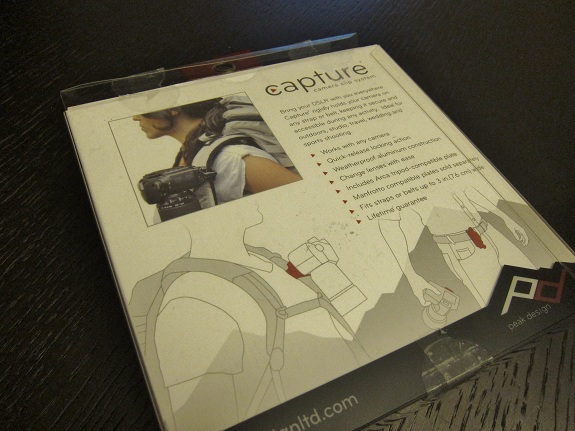 I’ve never been a fan of the camera strap that came with my camera. Using a neck strap means that your camera swings around in front of you which is both uncomfortable and dangerous. Most of the time I would wrap the neck strap around my wrist a few times and just carry the camera in hand. Carrying in hand has the added advantage of always being ready for a quick draw. I could flick the power switch with my right hand as I raised the camera to get a shot of whatever fleeting image passed before me. 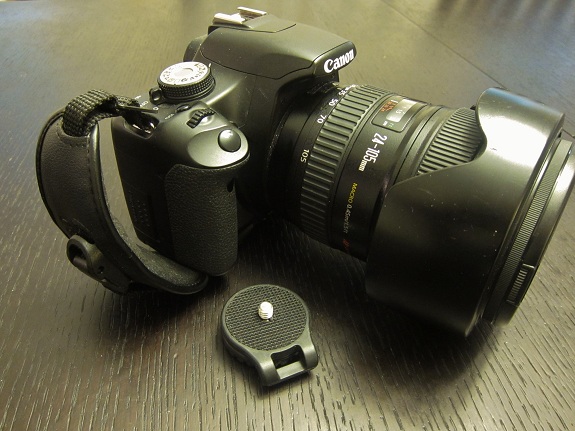 I’d considered removing the stock strap but I was afraid of dropping the camera or someone running by and grabbing it out of my hand. Last year I bought the Canon E2 Hand Strap [canon.com] while in Hong Kong. The E2 Hand Strap connects to the top right neck strap loop and then to an adapter that screws into the tripod mount. With the straps tightened correctly your camera is snugly strapped to your hand reducing the risk of accidental loss.

After using the hand strap for a year I realized that the only flaw with the E2 is that you lose the use of your hand for anything other than photography. 95% of the time I’m able to do everything I need one handed, but during those times when I need both hands (usually while trying to eat or drink….) I have to put the camera down somewhere or take off my backpack and put the camera away. While infrequent, it was still annoying. I considered using the hand strap and the neck strap at the same time (it’s possible) despite the silliness of an extra strap dangling down but luckily I discovered the Capture Camera Clip system before it came to that. 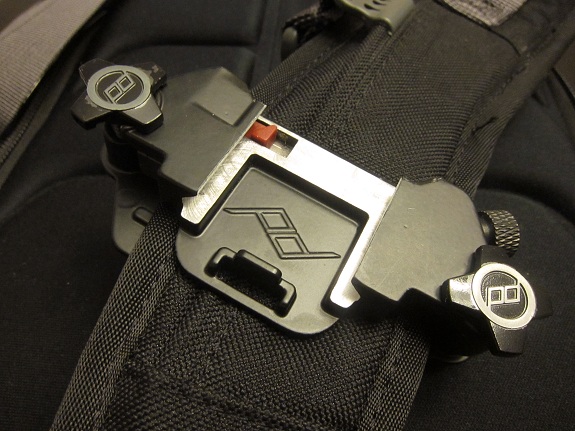 Unlike some of the other systems that I’ve seen, the Capture Camera Clip does not need a large holster strapped over your shoulder or to your belt. Capture uses an aluminum latch that can be sandwiched over most belts or bag straps and is tightened in place with hand screws. A special base plate attaches to the tripod mount on the camera which then clips into the latch and locks in place. The latch is strong and much more versatile than other systems I’ve seen. If I were carrying a very large camera and lens I might consider a larger holster; however, my T1i and 24-105 f/4 are moderately sized and easily handled by the Capture clip. The entire setup feels very secure when clipped in.

I have noticed that after light use the hand screws can start to loosen a little. I tend to snug them up whenever I look down at them. Because I plan to hand carry my camera most of the time this doesn’t worry me, but if you plan to walk around a lot with your camera in the clip I’d check on it from time to time to make sure that the screws don’t wiggle themselves loose.

With the click of a button I can quickly release the camera and move it to shooting position. Because I have to reach across my body and slide my hand into the hand strap it takes a little longer to get my shot than if I had the camera in-hand, but it’s a little faster than with the neck strap because the clipped in camera is always in the exact same position. It also looks cool. The other nice thing is that my Dakine Sequence bag [averagetraveller.com] has a hip strap so for the times when I have the camera in the clip the weight is not on my neck and back. 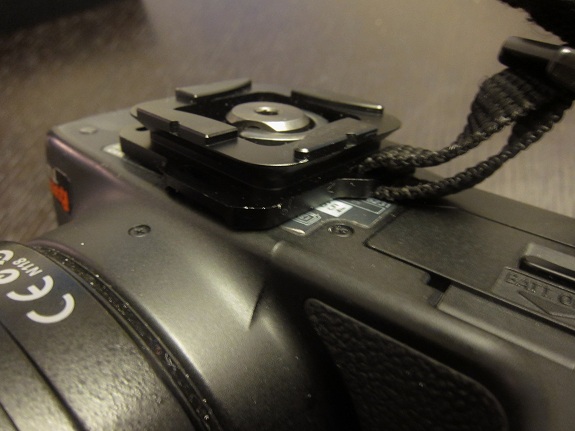 The base plate that comes with the Capture Camera Clip system fits most ARCA type tripod quick release mounts. It also includes strap loops which means that the Canon E2 Hand Strap is looped directly onto the base plate making the original E2 tripod mount adapter unnecessary. The only complaint that I have about the strap loops is that they are very close to the base plate mount edges which means that sometimes the strap can interfere with sliding the base into the mount and securely locking everything in place. This might be something that I can get better at with time, but for now if I don’t get a good connection on the first try I have to look down and sometimes use both hands to make sure that the camera is locked in. 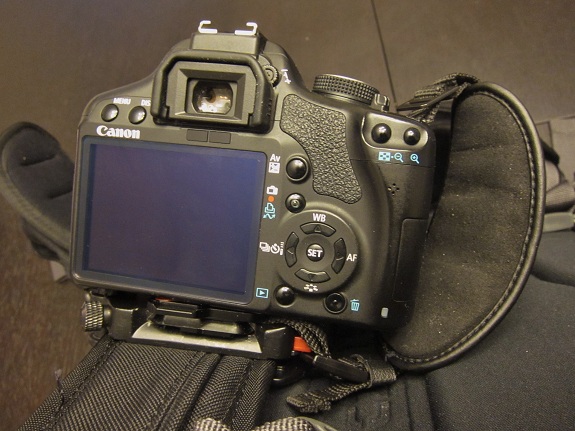 At $79.99 where I bought it, the Capture Camera Clip system is  priced just a little higher than I’d like but it is well designed and very well built. The components feel light but very durable and give you confidence that they will hold in place.  I can understand the pricing as it’s early in the product maturity curve so I treat the extra cost as an early adopter tax. Now I just need to get a safety leash for those situations where I’m worried about dropping my camera off a bridge or a cliff…