I woke up to a snowy morning outside my hotel room window. The beautiful blue skies of the previous day were replaced by clouds and light dusty falling snow. By the time I was able to shake off the Z’s, my plans to have breakfast downstairs were replaced with trying to find a coffee shop near the client site.

The forecast was for 1cm of snow and about -15c for the day. The snow didn’t look very heavy so I decided to pack my boots and risk going out with my work shoes. My silk longjohns, grey wool pants, white dress shirt, black zip up sweater, grey cashmere scarf, and black wool overcoat would keep me warm for the day.

The cab that the hotel had called for me was about 10 minutes late, but luckily I had planned plently of time. A $10 cab ride brought me downtown about 15 minutes early. Downtown Prince George was pretty small. There were all of the standard small town shops like Fields department store, and sprinkled throughout those there were also some cool looking shops and restaurants. Most of the buildings were two stories tall while a handful of taller 5 story office buildings had government and banking signs on them. I checked into the office early, asked if there was a good coffee shop nearby, and was directed to The Ritz Bakery and Coffee Shop.  It was one of those locals joints that hadn’t been re-decorated in 30 or 40 years. There wasn’t a lot of selection but they did have a tasty bran muffin in very a contemporary cone shape. At lunchtime I decided to roam around downtown a bit. There weren’t a lot of people around, although I suspect that had to do with the fact that it was really cold out. I ended up stopping into a little soup and sandwich shop called Margo’s cafe because it seemed reasonably busy. They put together a great BLT and Mulligatawny soup.

After more some more work meetings we wrapped up a little bit early. I wasn’t flying out until 7pm that night so I had a little time to kill. I wandered around again and decided to find a restaurant for an early dinner before heading to the airport.

After stopping into a little chocolate shop to buy some gifts for Mrs A|T, I found myself in front of North 54. Trip Advisor had some mixed reviews for the place, but it looked nice from outside. I looked over the menu in front of the restaurant and it seemed a little expensive, but the temperature was quickly dropping and the dining room looked really nice. I tried the door but they weren’t actually open for another 10 minutes. Luckily, a waitress heard the door and let me in. They gave me a menu right away, but I sat quietly at my table reading on my phone for awhile to give them a chance to get ready for the evening’s service. When I finally opened the menu, I found some nice looking appetizers in the $10-15 price range, some pastas in the $15-20 range, and entrees in the $25-45 price range.  I decided to have a 10 oz New York Strip steak and a glass of Australian Merlot. The owner or manager was kind enough to offer me a newspaper while I waited, but I was fine trying to catch up on RSS feeds on my phone. I ordered the steak medium-rare and it ended up coming in somewhere between medium and medium-well; however, it was still really tasty and juicy so I didn’t send it back. They a great job with a nice charred sear and the maple glaze was perfectly not too sweet. The broccolini was nice and crunchy and the garlic mashed pure fluffy goodness. I ended up wolfing it down a bit out of fear that it would dry out, and it never did. I didn’t mind rushing a bit because I wanted to get to the airport in time anyways.

Overall I would give both the service and the food at North 54 a solid 7 out of 10 rating. The restaurant was kind enough to call a cab for me, but just like in the morning it took a long time for it to come. After standing in the cold for 10 minutes I went back into the restaurant to warm up, and then went back outside and just grabbed the first cab that came by. The $20 cab ride was a little suspect because we seemed to go the long way around the airport, but according to Google Maps that’s the way to go. As a bonus, I found out that the flight back would be on a Bombardier CRJ 100 rather than the Dash8 turboprop that I flew in on. The return flight was 20 minutes faster and much more smooth and quiet. I will be sure to check for the shorter flight time when booking future flights. 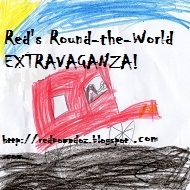 3 thoughts on “A Day in Prince George British Colulmbia”