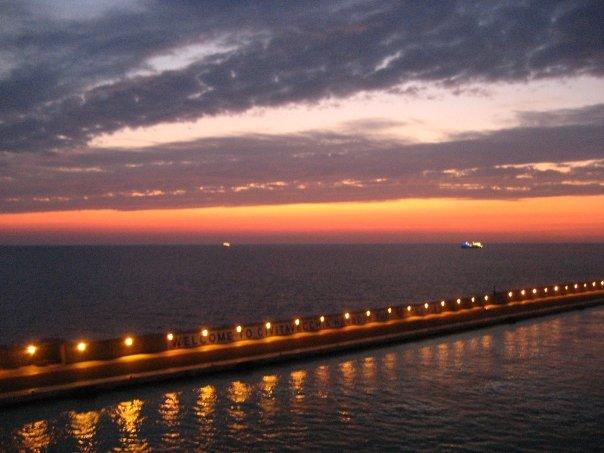 Another week, another Travel Photo Thursday thanks to Budget Travelers Sandbox.

In 2007 we did a Mediterranean cruise including Barcelona, Villefranche-sur-Mer, Liverno, Civitavecchia, Naples, and Palermo. This picture of the cruise ship port at Civitavecchia was taken aboard the Royal Caribbean Voyager of the Seas. We were lucky enough to get a bunch of family members on a corporate reward cruise and shared a 2 bedroom suite at the back of the ship.

Civetacecchia is the port closest to Rome. From the port we took a long bus ride into Rome and had about 5 hours to see everything before getting back on the bus back to the ship. It wasn’t a lot of time, but it was enough to tour the Vatican, walk around the Colosseum, and wander around some sights like Trevi Fountain and the Spanish Steps.

As much as I felt handcuffed by the short excursions on the cruise, I found that the trip was a great tasing menu of the region. It allowed me to learn that I really wanted to explore more of northern Italy and southern France, resulting in our fantastic 2010 Italy trip from Venice to Pisa.