Having access to a VPN allows travellers to access all of their Internet services without fear of someone listening in on that free Wifi connection. Virtual Private Network (VPN) is a network technology that encrypts your network traffic and pumps it through a virtual tunnel to a trusted endpoint. People outside the tunnel cannot see your Internet traffic (including unencrypted passwords and email) until it comes out of the tunnel. 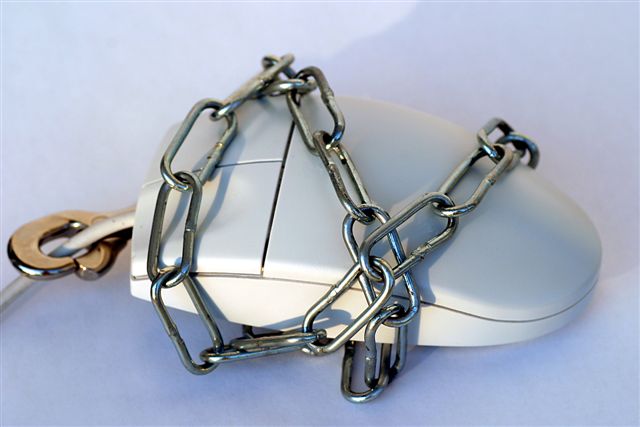 Many people don’t really understand how amazingly easy it is to eavesdrop and even hijack Internet connections on unencrypted Wifi, which is typically what you’ll be using at your airport, hotel, hostel, and cafes. The threat is real enough that Gmail and Facebook have started offering built-in encryption options to help combat the problem, but other services have been much slower to adapt and will leave you at risk. VPN solves this problem by encrypting everything, including those services which do not offer it. Yes, the traffic will still be unencrypted at some point but VPN means that you can at least get encryption for the riskiest portion of the trip.

If you do not already have access to a corporate VPN, the easiest way to get protected is to use a VPN service. Because using a VPN involves running all of your traffic through their servers, VPN services will typically have some monthly or annual costs. Recently, Lifehacker published an article on the 5 best VPN service providers and the costs range from US$39.95 per year all the way to US$19.99  per month depending on the encryption type and other bells and whistles you want.

A secondary benefit to using VPN technology is that all of your traffic appears to be coming from wherever your VPN endpoint is – not where you are. This means that you can use VPN to bypass regional Internet restrictions such as in countries that restrict Internet access to certain sites. Here in Canada we can use VPN with a US endpoint to access media which would normally be restricted.

I reviewed the options and decided to try out WiTopia because I like what they claim on their website, they offered the lowest price, and they have a 30-day money back guarantee. I selected the cheapest PPTP encryption option with the hopes that I could get it to work on my HTC Desire Z Android phone. Most VPN service providers also offer SSL VPN which is suppposed to be faster and more secure but requires client software to be installed.

Using PPTP passes my simple cost-benefit argument as using even the most basic security puts you far enough ahead of the curve that an attacker likely won’t bother you even though they could given enough effort. It’s just easier to go after the masses of people who don’t protect themselves. Like in the story of two guys running away from a hungry bear: you don’t have to outrun the bear – just the other guy. Anyone who is going to take the effort to break your PPTP connection most likely is targeting you and there are many other ways they can get at you even if you have the more expensive SSL/OpenVPN encryption.

Signing up for WiTopia was simple and I got it up and running within 5 minutes on my Windows XP computer. Connecting with my Android phone; however, was completely unsuccessful. A little further research shows that PPTP VPN encryption on Android is known to be problematic and it doesn’t appear that you can get it working with encryption enabled without hacking your phone and voiding your warranty.  [May 15, 2012 I got it working on my phone! See the Update below].

Having VPN enabled on my smartphone would be very important to me because my phone connects to a lot of different Internet services. It accesses Facebook, Twitter, email, Gmail, WordPress, and bunches of other services that may or may not encrypt passwords and traffic. In another post I’ve investigated getting Internet connectivity on my phone using a local 3G SIM card. 3G traffic is much harder (but not impossible) for a typical bad-guy to to intercept and I would be comfortable using my phone like that.

Update May 15, 2012: I’ve been using the Witopia service for over a year now and I’ve been recommending it to all of my friends. When I renewed this year they’ve dropped the PPTP only service and now the lowest price plan is $49.99 per year. The good news is that full encrpytion started working with my Android phone [witopia.net] so I can finally feel safe jumping on free wifi on the go. I also use the VPN whenever I’m Europe or Asia to make free calls back home using the phone feature of Gmail by routing my traffic through North America.