One of my favorite places to visit near Seattle is the Museum of Flight [www.museumofflight.org] near Boeing Field in Seattle. If you love airplanes this is a great place to catch up on the history of aviation near where commercial airlines began. This is the largest air and space museum in the world and while I’ve visited this museum twice I still have not seen it all! 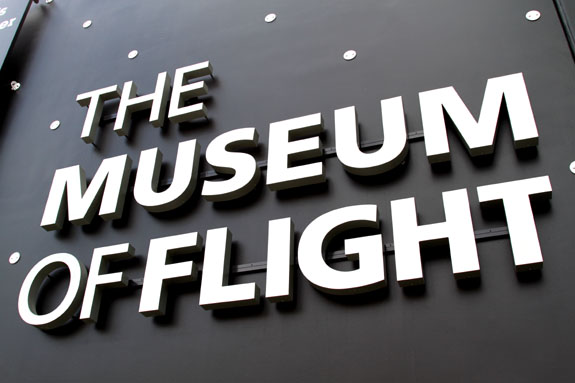 You enter the museum through a lobby featuring models of man’s earliest forms real and imagined flights including some of Leonardo Da Vinci’s theoretical flying contraptions and the French Montgolfier hot air balloon. Turning left into the Great Gallery you walk past a model of the Wright brother’s flyer and are then treated to a large atrium filled with planes hanging from the ceiling and on the ground to explore. The centerpiece of the gallery is a 1963 M-21 CIA Blackbird spy plane. 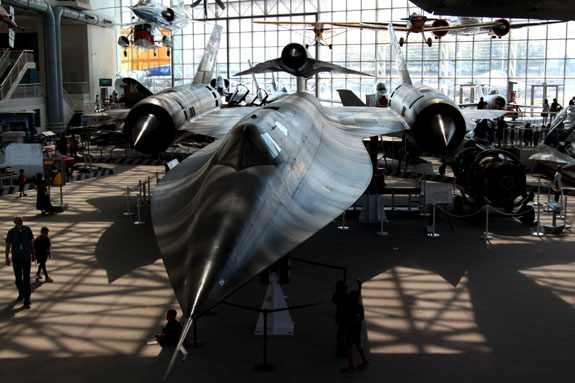 Just off of the main gallery is the Rendez-vous in Space exhibit where you can check out mock-ups of a Lunar Rover, a Lunar Ascent Module, and an International Space Station module. They also have an actual Apollo Command Module that was used for training in the Apollo missions. The museum also has a large wing called the Red Barn which is actually a big red barn that was the original 1909 home of the Boeing company. In it you can look back 100 years to when commercial aviation was just taking off. They also have the Personal Courage Wing dedicated to aircraft from the First and Second World Wars. Unfortunately I always seem to run out of time before I get to explore that wing. The reason that I always seem to run out of time is because I always cross the Memorial Bridge and head for the Concorde and Air Force once exhibits across the road (see my previous post for photos of Concorde [averagetraveller.com]). This is one of the few places in the world where you can actually climb aboard a British Airways Concorde and the 1959 Boeing 707 that carried Presidents, Kennedy, Johnson, and Nixon. 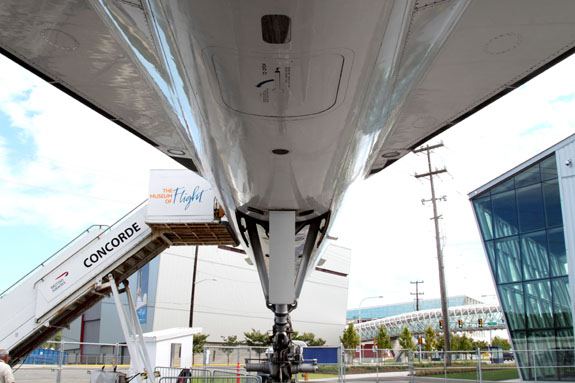 Also coming to the other side of the street later this year is a new space exhibit where they will display a Space Shuttle Trainer. Somehow the Museum of Flight was left out of getting one of the retired shuttles, but they will get a full fuselage Training Shuttle. Speaking with one of the museum volunteers they pointed out that the bright side of being stuck with a training shuttle is that the public will be able to get much more up close and touchy with it than if it had been one of the actual flight shuttles.

If you are a true aviation and history geek like me then you need to plan to spend a full day at this museum. In fact, the next time I go I plan to ditch all family and friends, who can finish seeing everything in less than 4 hours, and I will spend a full day there. 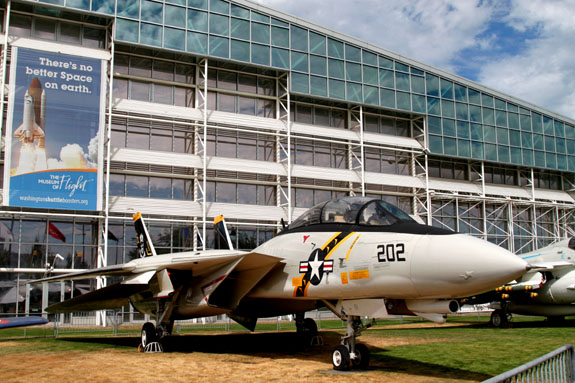 This post was submitted to Travel Photo Thursday [budgettravelerssandbox.com] hosted by Budget Traveler’s Sandbox. Be sure to check it out!

13 thoughts on “Museum of Flight at Boeing Field in Seattle”