In a city where people love their snacks, especially sweet ones, it’s not too surprising that one of the more popular forms of street food is the Eggette. The eggette is known as Gai Daan Jai in Cantonese, which translates to little chicken eggs. 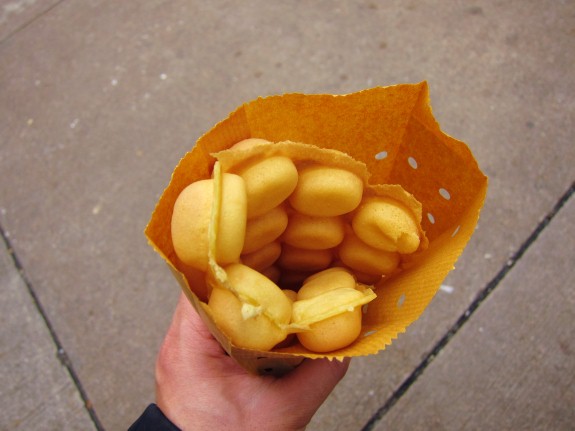 You can sometimes find these in Chinatowns across the world, but just as with most street food there is no way to recreate the sights, smells, and general atmosphere of where these things come from originally. Freshly made these are slightly crispy on the outside while soft, moist, and airy on the inside.

The Gai Daan Jai pictured above was freshly made in a food stand right next to the Shau Kei Wan MTR Station [explorehk.com].  Note the holes punched in the paper bag to prevent steam from softening the crisp exterior which clearly indicates very good attention to detail. The Shau Kei Wan station is pretty far away from everything on Hong Kong Island, but it’s the closest stop to the Hong Kong Museum of Coastal Defence, which is where we were going that day. As a member of the waffle family, eggettes are cooked by heating batter between two hot griddles with egg shaped indentations. It’s not clear if the name comes from the fact that the waffle bubbles are vaguely egg shaped or if it is due to the egg content in the batter, but both seem to make a lot of sense. 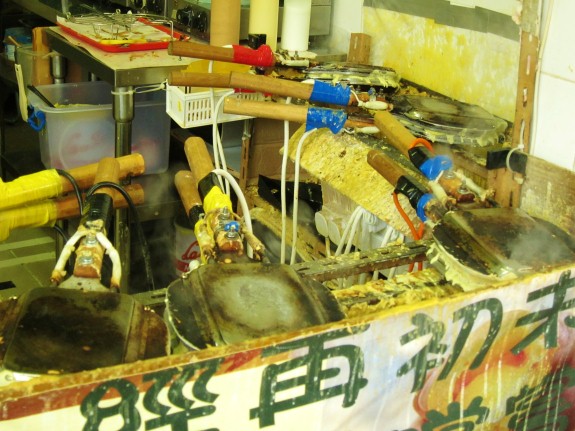 This post was submitted to Travel Photo Thursday [budgettravelerssandbox.com], a weekly collection of travel photos hosted by Budget Traveler’s Sandbox.