One of the stops on my Tourific Escapes [tourificescapes.com] LA Food Tour was Street [eatatstreet.com], a restaurant owned by Top Chef Master and Food Channel regular Susan Feniger [www.susanfenigersite.com]. 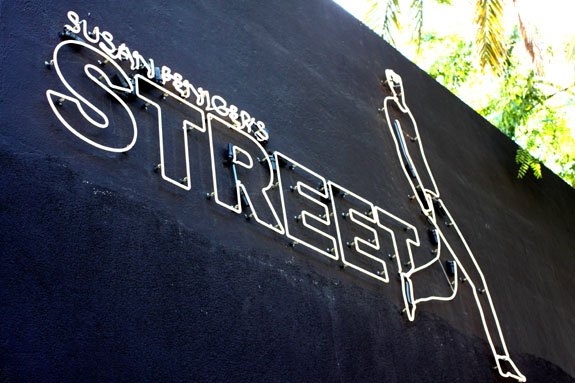 It only took me a few minutes to clue in to the fact that the restaurant is called Street because it is inspired by street food around the world. From Mediterranean meatballs, to Philipino Lumpia, Hawaiian Poke, and Southern Grits, you can sample some of the best snacks from around the world all in one place.

Above all the others, Street is most famous for Susan’s Kaya Toast, the dish that got her knives kicked off of Top Chef Masters [latimes.com]. 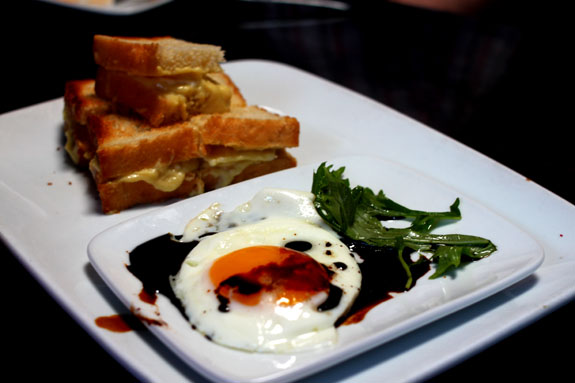 Despite what the Top Chef judges thought, Susan is clearly a big fan of this dish and even provides the recipe and a history of it on her website [eatatstreet.com]. Having tasted it myself, I can understand that the dish can catch you off-guard. The toast sandwiches a very strong and very sweet coconut jam and the dark soy adds a lot of salty umaminess to the egg. It’s a deceiving dish in that it looks like it will might be dainty and delicate but then bites every flavor receptor on your tongue when you eat it. The Kaya Toast is their best selling item, but then they push it pretty hard. That’s partially because it’s pretty good, but I suspect that they also want to shove it back into the faces of those Top Chef judges a little bit!

While on the food tour we also given a sampling of a number of wonderful dumplings, the best of which were the Mushroom Ravioli and these New Orleans Laundry Day Fritters: 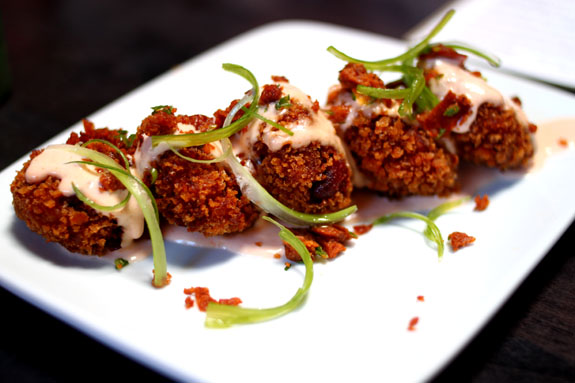 We were also given a yummy Tamarind Ginger Cooler to wash it all down. 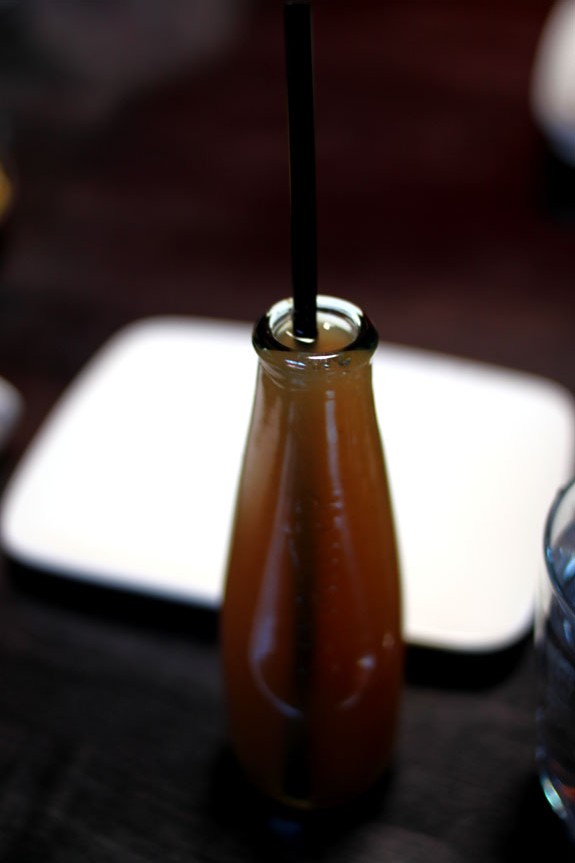 It’s pretty much impossible to fully experience all of the tastes of Street in one visit so I went back the next day and tried the Korean Fried Chicken Sandwich and the Angry Eggs. the bun and all of the strong flavours in the sandwich hid the chicken a little more than I would have liked, but overall it was pretty tasty. The angry eggs were great! 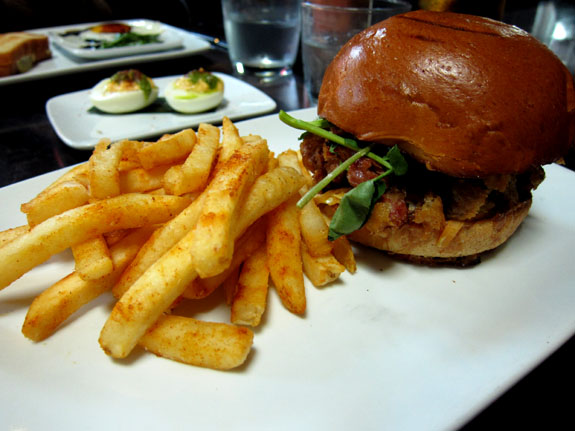 Street’s only downfall is that the broad spectrum of tastes they offer don’t lend themselves to building a single cohesive meal. I wouldn’t go there if I was looking for a normal meal, but if you felt adventurous and wanted to snack on a variety of great bites Street would be a must see in LA. It would also be a great place to bring someone if you weren’t sure what kind of food they’re into (date night!).

This post was submitted to Wanderfood Wednesday hosted by Carolyn at Wanderlust and Lipstick [wanderlustandlipstick.com] and Travel Photo Thursday hosted by Budget Travelers Sandbox.