In 1997 I was pretty excited about the planned updates to Tomorrowland at Disneyland which was mostly unchanged from 1967 -shortly after Walt Disney passed away. I took these Tomorrowland construction shots thinking that the move to a Disneyland Paris Jules Verne theme was a great idea. At the time the vibrant gold, bronze, blue, and red colour scheme seemed fresh but in the end 1998 Tomorrowland was the Disney New Coke of the 90’s.

I’m pretty happy that they’ve gone back to the classic blue and white scheme, although I miss both the People Mover and Rocket Rods. I actually got to ride the Rocket Rods 3 times before it was shut down for good. I wish there was a way to get a People Mover back onto those tracks [ocregister.com] but it turns out that the death of the People Mover is actually an Occupational Safety and Health Administration issue [micechat.com]. They would pretty much have to build a whole new track to get approval for a new ride there. I wonder if they could have grandfathered the OHSA rules if they left the original People Mover ride as-is in 1998? 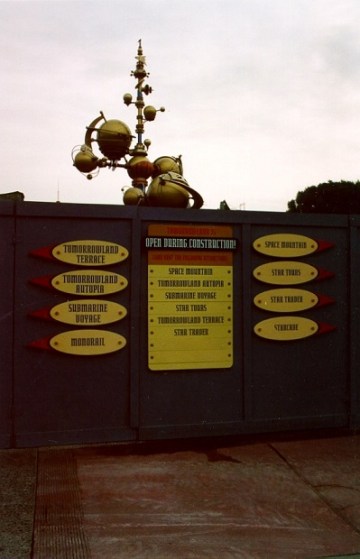 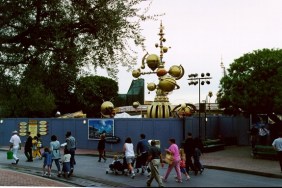 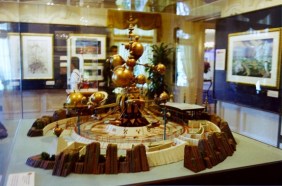 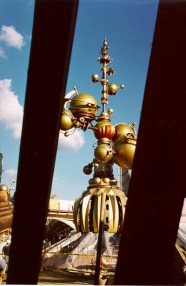 This post was submitted to Disney Wordless Wednesday hosted by Focused on the Magic.